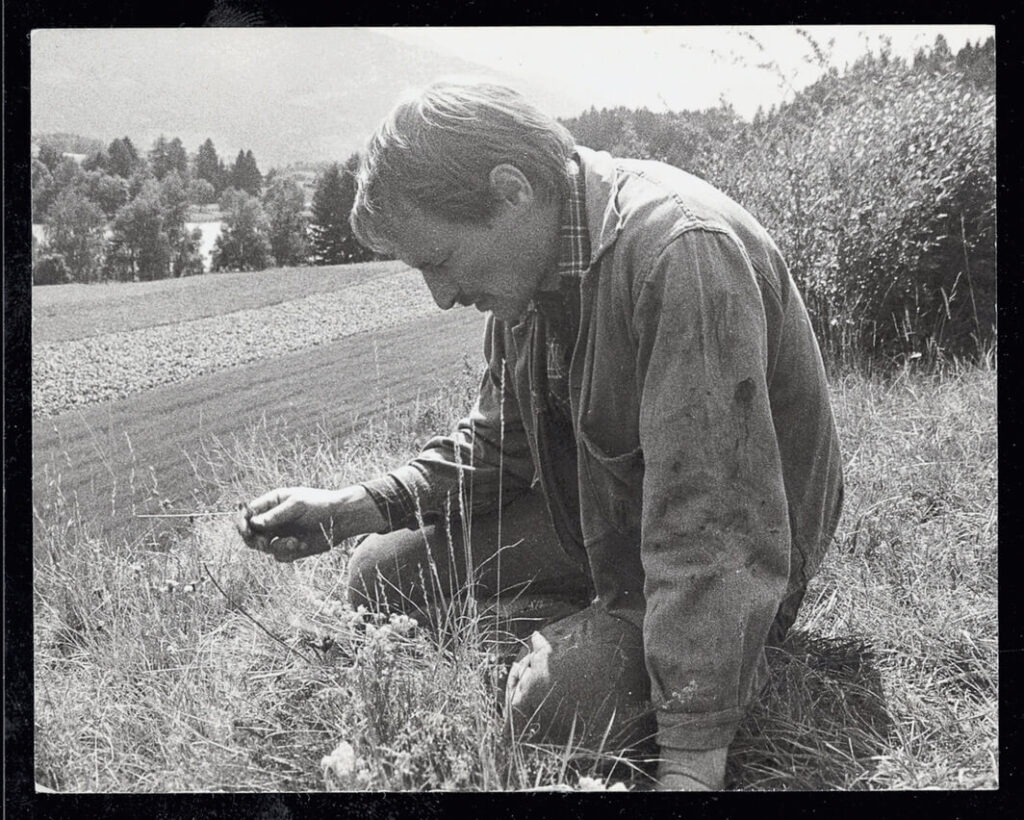 “I don’t practice art as a form of species conservation, though my actions are effective in this sense.”1

UNOBTRUSIVELY BUT PERSISTENTLY Lois Weinberger researched nature as a cultural and societal terrain, an impulse that can be traced to his upbringing in a Tyrolean farming family and his early employment as a structural steel fitter. By the time he decided to become an artist, at the age of thirty, in 1977, the world of agricultural and industrial work had formed the foundation for a creative practice grounded in his daily life. Tirelessly inquisitive, he acquired a comprehensive knowledge of biology, philosophy, ethnology, and sociology—l’art pour l’art was not his thing. Walking with Lois through his “areas”—that’s what he called the gardens at his home—was to fall under the spell of a passionate botanist for whom art was a form of science.

As someone who resisted the popular fantasy of nature as a bulwark of idylls far removed from civilization, he questioned the demarcation between nature and artifice from the beginning. In early works—for which he repurposed washed-up plastic waste as tree ornaments, or arrayed a field of various seeds potted in countless plastic tubs—Lois offered up mirror images of social reality. By the late 1970s, he had created his own conceptualism as field researcher in the local environment of his allotment gardens in Austria. He compiled archival drawings of flower troughs artfully made from automobile tires and exhibited them together with the troughs themselves. In doing so, he shifted the aesthetic preferences of creative amateurs into an art context and subjected them to a serious, ironic analysis that revealed more about social obsessions and repressions than many an academic study. Far from taking a provincial stance, he consciously concerned himself with the province in order to make clear that great art can also come from an engagement with the world in microcosm:

„Art originates in the provincial, whether it then finds international recognition ought to be dependent on the quality.“2 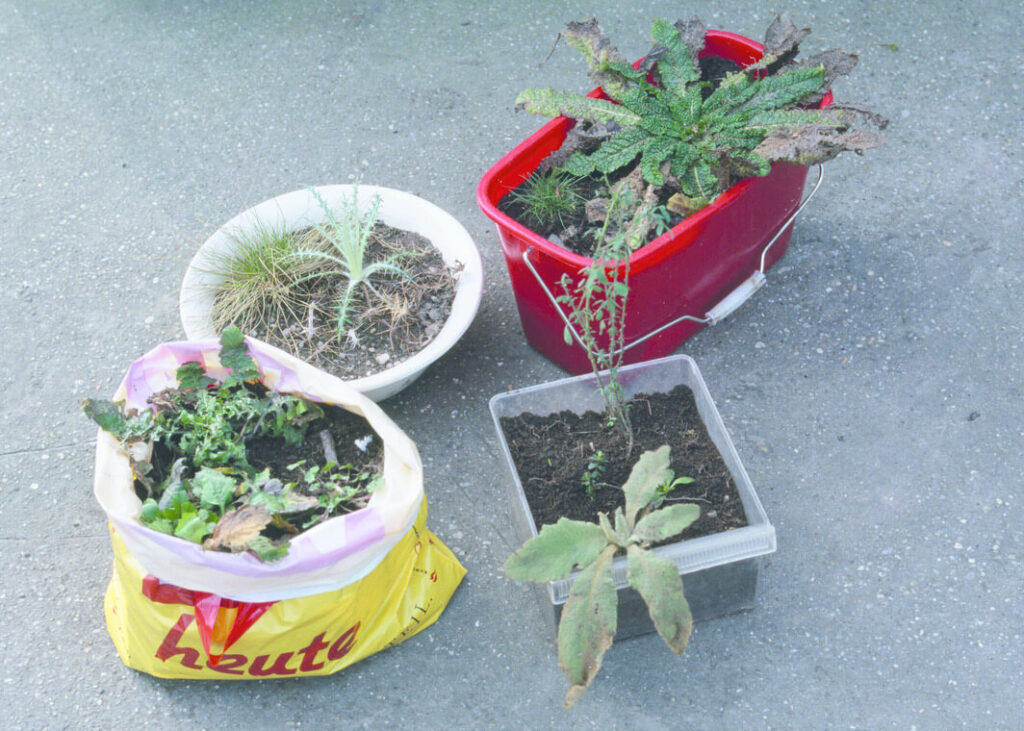 Lois’s extraordinary work found an international audience through numerous public art projects. On the occasion of his participation, with his wife Franziska (with whom he organized most of his works), in the Venice Biennale in 2009, he made clear that his orientation toward the rural had nothing to do with false patriotism, emphasizing that he didn’t see himself as a representative of any country. Shy, modest, and reserved by nature, Lois avoided the spectacle and social hype of the art world, turning instead toward the marginalized, the easily overlooked, and the readily suppressed—something he also addressed in his writing.

“The marginal / peripheral zones of perception / events / which express themselves less through obvious change than in the accentuation of the customarily overlooked—small observations—register fleeting moments.”3

This contact with the peripheries became one of his trademarks: the fallow ground and undervalued, so-called ruderal plants that are eradicated as weeds and floral nuisances. Lois moved the detritus of civilization, with which these plants occasionally become entangled, into our consciousness, rendering it visible as a witness of a reality from which one would prefer to look away. In his 2017 exhibition at Museum Moderner Kunst Stiftung Ludwig Wien, “Natural Histories”, one such litter-strewn natural scenario referenced a Greek village, challenging touristic idealization as well as the euphoric belief in industrial progress. The show also included a lecture on politics. In patient preparation, Lois produced countless earth crusts that he took with him after the exhibition to use later in his own experimental gardening areas. His critique of the disposable consumption society was not merely lip service. 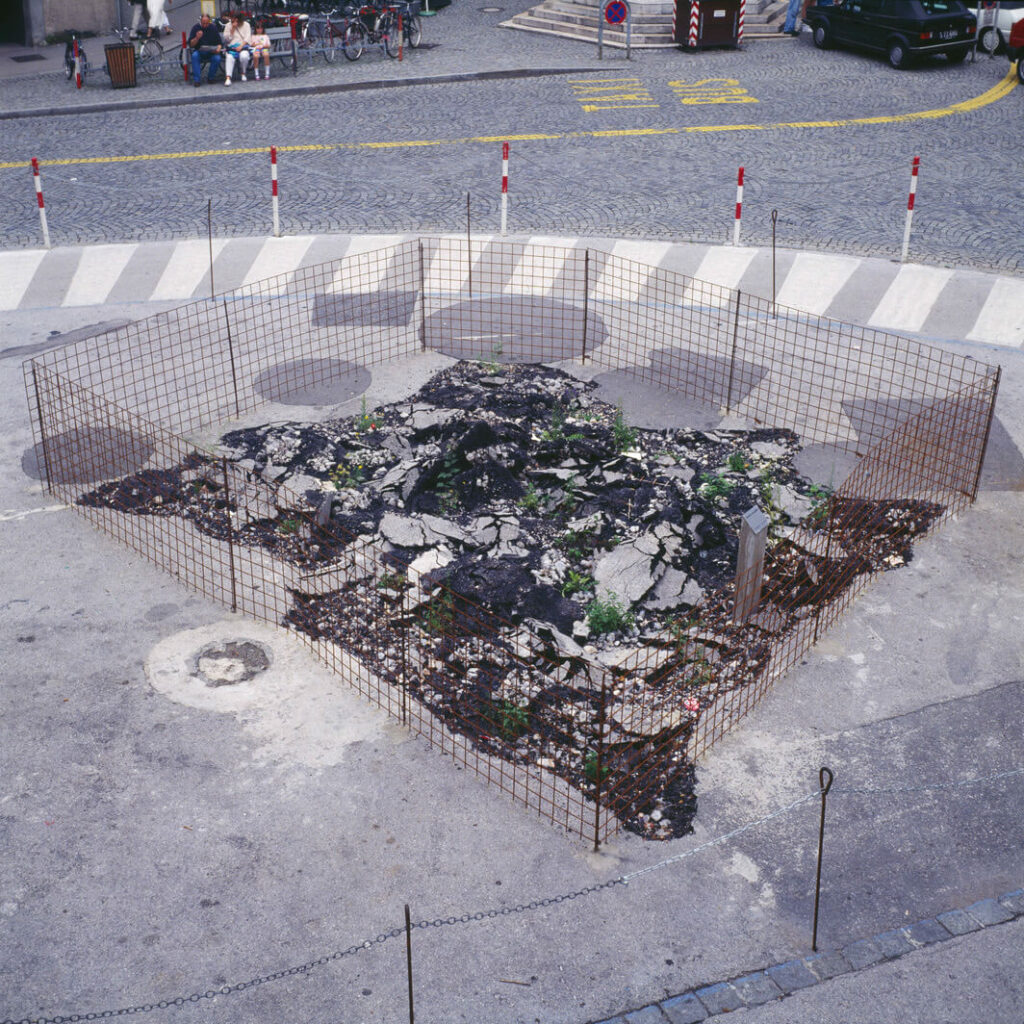 Naturalized plants, which were once imported or smuggled into an area where they are not native, are another central motif in his art, which critically and metaphorically thematizes issues of migration, diaspora, and identity politics. The most famous example of this motif involved Lois sowing various expatriate ruderals from southern and southeastern European countries along three hundred and thirty feet of abandoned railway track in Kassel, for Catherine David’s “poetical/political” Documenta 10 in 1997. The work, titled Das über die Planzen/ist eins mit Ihnen, was restored in 2015, and during Documenta 14, two years later, a sensuously colorful potpourri of vagrant weeds became entangled in the furrows of earth, a subversive nursery in which the foreground is held not by intervention but by acquiescence. Today, amid a global pandemic catalyzed in part by a reckless attitude toward interspecies relationships and nonhuman life, Lois’s work and his critical approach to the senseless exploitation of natural resources and the economization of all spheres of life have now been confirmed by realty. Lois himself had taken the quarantine as a time for conscientious reflection on and motivation for future projects.

In the unripe and incomplete, Lois Weinberger saw potential which threatened to disappear in the completed. One can understand his legacy as a plea for free zones, or what Gilles Clément has called Third Landscapes, for which there is no longer any space in our thoroughly economized world. At the Salzburg Festival in 1993, Lois created a free zone by digging a hole in the asphalt of one of the city’s central squares—in which garbage and weeds would become trapped—making palpable the certainty of nature. Concerning the brute reality of this certainty, he suffered no illusions.

“As long as nature lets us die, it cannot be seen as solely metaphorical.”4

On the night of April 21, 2020, Lois Weinberger died of a heart attack at the age of seventy-three. 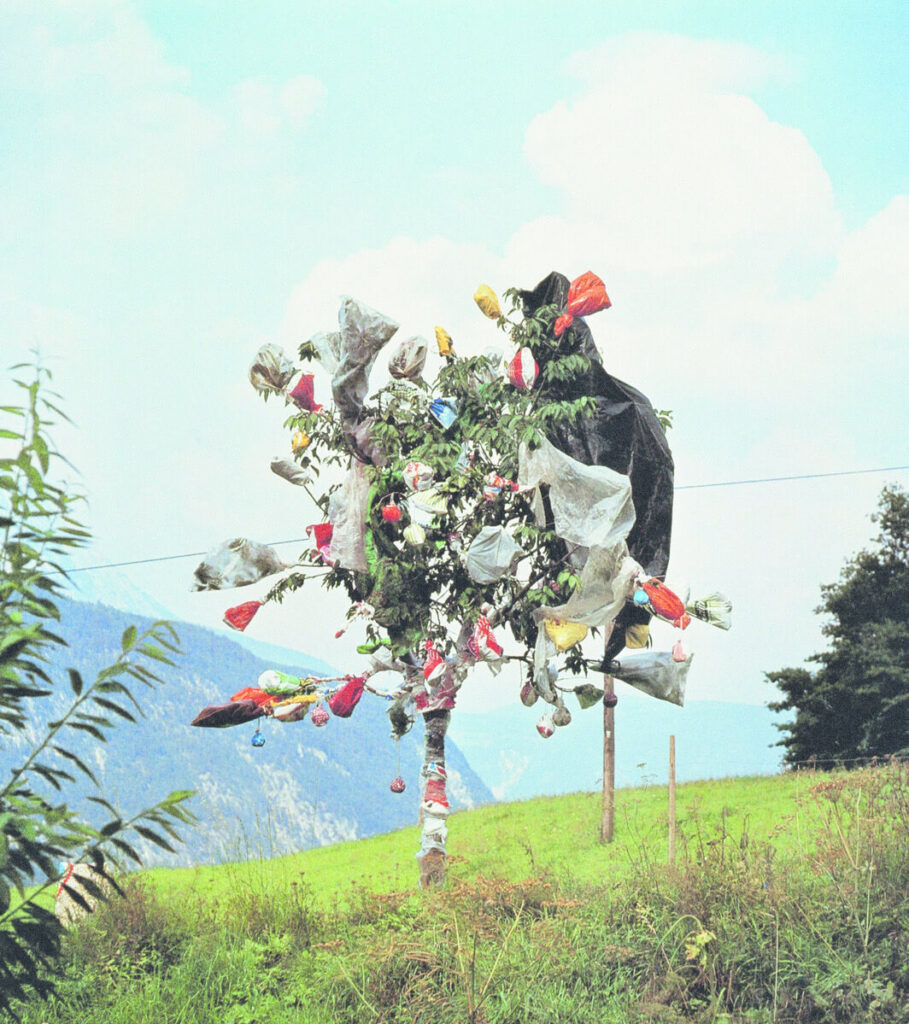