20 Best Environmentalist Artworks Of The Past 50 Years

Even though Lois Weinberger had a tendency to disavow connections to environmentalism, the late Austrian artist’s work has offered creative examples of how organic materials could be used to reclaim industrial spaces. With Das über die Planzen/ist eins mit Ihnen, which was permanently installed in Kassel, Germany, after debuting at Documenta X in 1997, Weinberger sowed ruderal plants—weeds, in this case, that can grow any in climate—along a 330-foot-long stretch of disused railway track. The plants, which are not native to Kassel, have continued to grow and are now considered a part of the local environment. 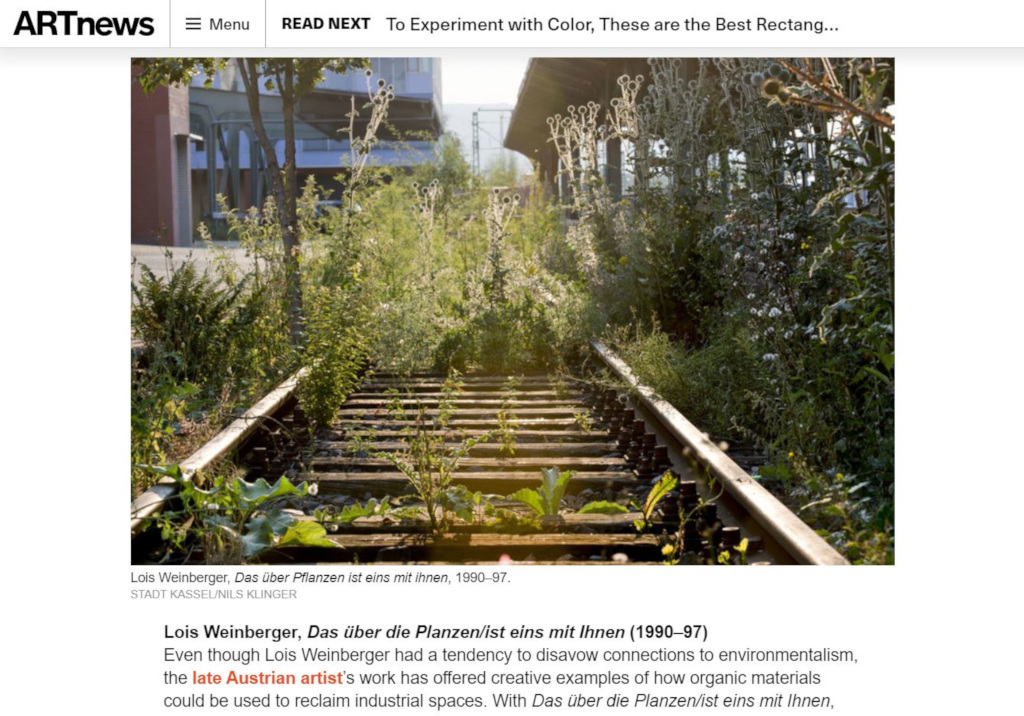